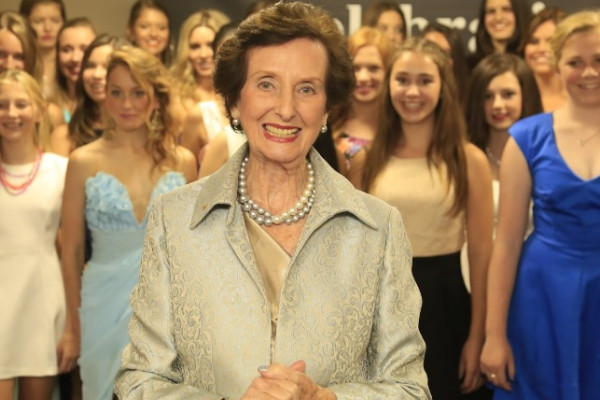 June Dally Watkins – Redefining What’s Possible for Women Even at 92!

This week’s guest is a woman who at the age of 92 is still inspiring thousands of women to be the “best they can be!”. We’re talking about the incredible doyenne of etiquette and deportment, June Dally Watkins.

Miss Dally, as she is known, grew up on a sheep farm and attended a one teacher bush school in regional Australia. Her teacher told her mother that she “would be an absolute failure in life”. He couldn’t have been more wrong.

At 22, June became Australia’s Fashion Model of the Year and soon became Australia’s first supermodel. She lived the high life as part of the global jetset becoming great friends with Hollywood stars Audrey Hepburn, Bing Crosby and Gregory Peck (who asked her to marry him!).

When she came back to Australia she started her now famous etiquette and deportment business which made her one of Australia’s first female entrepreneurs. The June Dally Watkins School has gone on to change thousands and thousands of people’s lives.

She is now, at 92 years of age, an absolute sensation in China where she goes for weeks at a time to teach thousands to be “the best they can be”.

Enjoy this episode with the delightful and determined June Dally Watkins.